A Trip or A Vacation? 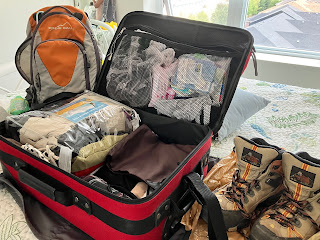 “We travel, some of us forever, to seek other places, other lives, other souls.” Anais Nin. I am readying myself for an upcoming trip. I hesitate to call it a vacation. A vacation is a time when we put our busy lives on pause, and intentionally seek to relax and rejuvenate ourselves. A trip is where we go out to explore the unknown, to seek out new adventures, new perspectives. To discover something about the world, and in the process, about ourselves. I am a big believer in trips versus vacations. Although I do know there are times when we need to retreat and unwind, depending on how hectic one’s life is. Mine is just not that hectic, given I now only work three days a week, and have no caregiving responsibilities other than one small indoor plant and a couple of succulents that have miraculously survived my neglect. I always travel with only carry-on luggage, and yet, each time, I end up taking more than what I need. And each time, I lay out items in advance on a bed and try to
2 comments
Read more

A Year of Blogging 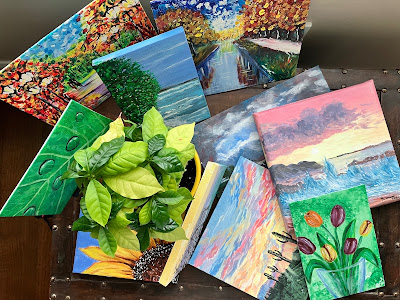 A year ago on Sep 5, 2021, I posted my very first blog entry, thanks to Kerry Clare’s blog school which launched me into the blogging world. My very first post was: Sparking Joy, Being Average . There have been 57 posts since then. What has blogging meant to me and why do I keep doing it? It has been a place to articulate my thoughts (and sometimes rants), express what I’m passionate about (books, writing, walking) as well as exhibit bad poetry and artistic attempts. It’s a little corner on the internet that I can call my own. But it has also opened up a world where I’ve connected with other bloggers, readers and writers. My TBR (to be read) list has grown exponentially since then, as well as the blogs I read regularly. Blogging can be a vulnerable thing (as is any form of writing and expressing yourself), in that you allow others a glimpse into your interior life. And that interior may be messy and chaotic, sometimes unpredictable, sometimes rich and meandering. You are allo
4 comments
Read more

Waking Up an SBNR 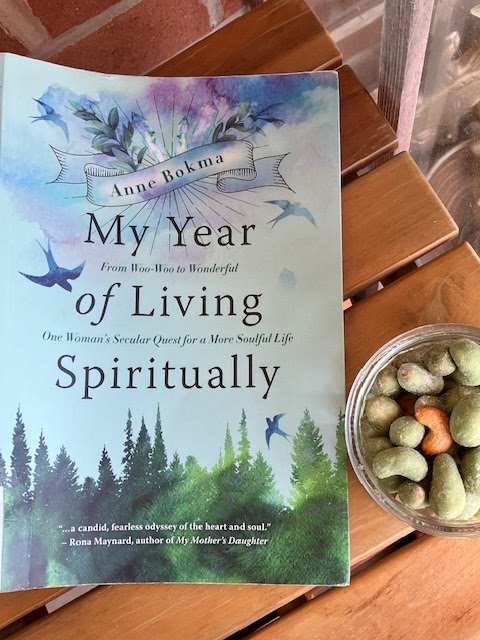 A couple of days ago I started reading Anne Bokma’s memoir, “My Year of Living Spiritually”.   It took me back to all those times I started and stopped various practices that bordered on seeking spirituality but never quite got there. There was a period when I read books such as Wayne Dyer’s   “There’s A Spiritual Solution To Every Problem”, James Redfield’s “The Celestine Prophecy”, Marianne Williamson’s “A Woman’s Worth”, Gary Zukav’s “The Seat of the Soul”, among others. I consumed them, looking for something that would resonate with me. And I did find nuggets of wisdom, healthy living practices, daily reminders, along with a lot of ‘Woo Woo’ as Bokma’s book tagline suggests. But…after a while, these fell by the wayside as I learned to trust my own gut and instincts more than what others instructed as the right path. My religion fell by the wayside too, as does Bokma’s in her book. I was raised Catholic. Now I enter a church only for weddings and funerals (although empty churc
1 comment
Read more

What I've Been Watching and Reading 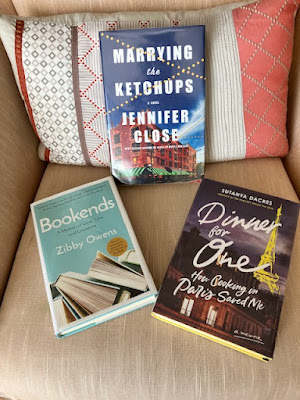 What I’ve been Watching: Ted Lasso .  After hearing many good reviews, I’ve been watching this show and I am hooked. A goofy, oddball, always optimistic Ted Lasso from Kansas is hired to coach a struggling British soccer (football) team in England. He knows nothing about English football, nor does he know that the polished, upper-crust female owner of the team wants to grind it into the ground to spite her philandering ex-husband. There is so much that is charming and engaging about this show, from Ted’s goofiness on the surface (but we know there’s layers beneath hinting as to why he constantly deflects with cheeriness) to the aging, fading, soccer star, Roy Kent, who swears profusely, cares nothing about being popular or a people-pleaser, but is devoted to his little niece. Roy Kent is one of my favourite characters, and what does that say about me, drawn to the surliest person on the show? He refuses to be anything other than who he is. And I won’t go on about how lovable Sam O
1 comment
Read more 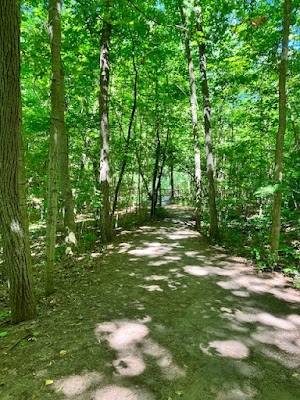 Fair Warning – this is going be a bit of a rant. Polio is making a reappearance in some parts of the US after having been eradicated in North America for decades. Some third-world countries are still trying to eradicate it. They don’t need setbacks from first-world countries. It angers me that people will make life-altering decisions about vaccinations based on a ‘feeling’ or ‘emotion’ or ‘opinion’, instead of looking to evidence and science-based studies and facts. Many don’t know the ravages polio can cause the body, the paralysis, because they haven’t seen it firsthand. It’s only when the effects hit close to home that they might pay attention. The past couple of years of the pandemic has caused a rift between the vaccinated and the unvaccinated, which I am weary of. But here’s the thing I feel strongly about: If you are going to live in society, with all the modern conveniences and technology that go with it; If you are going to benefit from social services and rely on do
4 comments
Read more 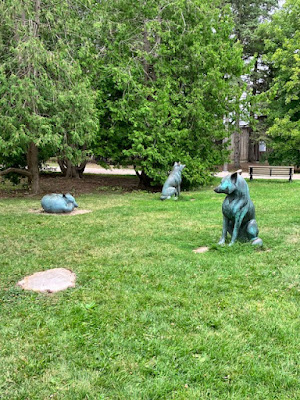 At a picnic table with four other women, all in the third act of life, the conversation turned to beauty routines and aging. One of the women had never coloured her hair, or even blow-dried or flat-ironed it. She had a full head of luscious dark hair, streaked with grey and silver.  Another woman talked about her minimal beauty routines, which included hair colouring but not eyeliner. Lipstick was her indulgence. A third spoke about years of painting her fingernails for a polished look, but now her nails were thin and brittle. And what should she do about that? You might think this was a frivolous conversation, older women bemoaning their lost youthful looks, searching for remedies. It was not. (We had already spoken about second careers after retirement, raising sons to be sensitive men, diversity and inclusion). What we were talking about, each in our own way, was how the way we had been raised informed our perceptions of our bodies. It had influenced how we tended to them. O
1 comment
Read more

The Shape and Structure of July 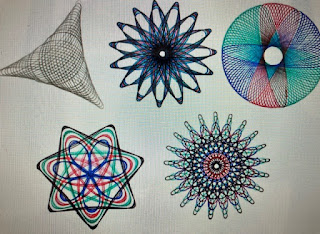 July has come and gone already. It has been filled with ups and downs and everything in between. From Wikipedia : Spirograph is a geometric drawing device that produces mathematical roulette curves of the variety technically known as hypotrochoids and epitrochoids. The well-known toy version was developed by British engineer Denys Fisher and first sold in 1965. The set consisted of differently sized plastic rings, with gear teeth on both the inside and outside of their circumferences. Once either of these rings were held in place (either by pins, with an adhesive, or by hand) any of several provided gearwheels (or rotors)—each having holes for a ballpoint pen—could be spun around the ring to draw geometric shapes                When I was a child, one Christmas I got a Spirograph set. It provided me hours of fun, drawing shapes and structures of various complexities, lines intertwining, overlapping, forming new patterns. Using coloured pens made my drawings even more pleasing and i
1 comment
Read more
More posts

Pearl Richard
A few of my favourite things: Books, Traveling, Hiking, Wine and Coffee (dark and bold, both), Tennis, Roger Federer. If you don’t like Roger, I probably won't like you very much.